Ask About Our Rodent Control Special

Norway rats are found all over North America. They are sometimes called “Norwegian wood rats” or “Norwegian water rats.” Around 1775, ships from Great Britain brought these rodents to the U.S. Midwest, where they quickly spread. Since they are active at night, it may be hard to see Norway rats in a home. But their droppings are often easy to see in the places they live. The length of these droppings is about 18 to 20 mm, and they look like capsules with blunt ends.

Your local ATAP Pest Pro knows how to get rid of Norway rats and other pests like them. Since every home or building is different, your ATAP specialist will make a rodent treatment plan that is just right for you.

ATAP experts can help you find the right way to keep Norway rats out of your home or business. Call us for a free phone estimate for a rodent treatment made just for you. A pest problem demands immediate action. You and your family could be in danger if you wait for it to go away or try to get rid of it yourself. At ATAP Exterminators, we use a different approach method to rat extermination that will solve your issues quickly – and in a way that is safe for you, your family, and your pets. 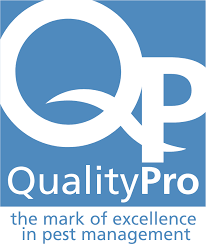 Once you know for sure that the rodent invasion is caused by Norway Rats, you can do an inspection to find out where they live and where they are active, as well as how bad the infestation is. Our pest control firm has a skilled crew that is eager and dedicated to our common aim of providing high-quality pest control services for all pests from bed bug control to rodent pest control service.

Norway Rodents are big rats that infest homes and buildings, posing a health danger due to their chewing and unclean activities. When left unchecked, rats can cause significant damage and rapidly expand their number, necessitating immediate action to treat an infestation.

In Chicago, we deal with several types of rodents from Brown Mice and Roof Rats to Gophers and Moles. ATAP Pest Control experts are equipped to keep you safe from them all.

There are various rat species present not only in Chicago, but throughout the United States. Norway rats, Roof rats, and Cotton rats are the rats that most usually cause pest problems in Chicago homes and businesses.

How To Get Rid Of Norway Rats

By educating yourself on identification and management strategies, you can keep Norway rats out of your house or place of work.

Rat Fleas | What Are They?

The rat flea, or Xenopsylla cheopis, is a small parasite that feeds on the blood of rodents. They carry a number of diseases and are thought to be the main cause of the bubonic plague. When a flea feeds on an infected rodent and then bites a person, the infection is passed on.

Rat fleas start out as white eggs that fall off the female and hatch on the ground or in the animal’s bedding. When they come out, the larvae are about 3 to 5 mm long and look like small, legless worms.

Rat flea larvae don’t eat blood as adult fleas do. Instead, they eat flea droppings, dead skin cells, and animal hair. The cocoons that the larvae make are white and made of silk. Rat fleas can feed on blood and have babies after they come out of their pupae. Adults can live for up to a year and like to live in warm places.

Rat fleas have two eyes, but they can only see light with them. Rat fleas inject saliva and draw blood through their mouths. Fleas can’t fly, but they can jump up to 200 times as far as their bodies are long and 130 times as high as they are tall.

Norway rats may nibble away at portions of the house to make a larger opening and will frequently burrow their way inside via digging. Older buildings with inadequate construction and maintenance are more prone to rat infestations. These rats are good at digging and burrowing, so they like yards that have:

How Dangerous Are These Rats?

Disease Norway rats can carry a variety of diseases that can be transmitted to people via rat urine and feces.

These rodents frequently cause significant damage to building interiors by:
If you’re experiencing a rat infestation in your Chicago home contact a local pest management rodent control company near me now! You can also contact us on our site today for more Chicago rodent control information as well as knowledge on other pests.

Signs & Appearance: How To Identify

The following is a list of signs that may indicate an infestation with Norway rats:

Droppings: Norway rat droppings are one of the most visible indications of an infestation. These droppings are 1.8 to 2.0 cm in length and capsule-shaped. They can be seen strewn about along popular rodent routes.

Gnaw Marks: Gnaw marks on food and things such as utility lines are another hallmark of these rats.

Grease Stains: Rats can also leave marks or grease stains when they run along the edge of something. In general, the greater the activity, the darker the stain.

Visual Sightings: Visual sightings of these pests during the daytime typically indicate extensive infestations. Outdoor sightings of burrows in the vicinity of the building could be an indicator of their nests.

The rat’s sense of smell can pick up on more than just normal smells. It can also pick up on chemicals that indicate a change in mood or atmosphere. Rats’ noses are where they breathe first. The air then goes over a patch of skin that has a lot of smell receptors and olfactory neurons. The ends of these nerve cells have hair-like structures called cilia. Odorants, which are tiny bits of smell, stick to the cilia and make the nerves respond.

The vomeronasal organ, or VNO, is a second organ that rats use to smell. The VNO is in a thin, round space near the septum in the lower part of the nasal passage. When rats sniff and taste, molecules of smell break apart and travel to the VNO receptor.

The VNO is mostly used to find pheromones that are shared by two or more rats of the same species. Rats’ pheromones are in their poop, urine, and glandular secretions, and you can smell or lick them to find them. They can grow to a length of 40 cm, and their tails alone can be 21 cm long. They are substantial rodents that can weigh more than 500 grams.

Color: The brown or gray fur of Norway rats is in appearance.

These rodents have shaggy fur on them as a distinguishing feature. Their tails are shorter than their heads and bodies, and they have scales covering their ears and tails.

Habitat Norway rats typically spend the day hiding. Unless forced out of their hiding places by noises or restricted space, they are rarely seen exposed.

Multiple human environments support the growth of these pests. They are thought to have been restricted to temperate woodland regions at one time, but thanks to their remarkable adaptability, they are now able to live happily in densely crowded cities.

Although these rats are not really social like ants, they do live in colonies with dominating and submissive individuals. They build their colony as near as they can to a water supply. They often establish their nests in underground tunnels and then invade buildings to find food. You can find these rats residing in:

Diet Norway rats consume a variety of foods and are omnivorous. They have the ability to capture rats and small fish. These pests typically eat:

Norway rats can reproduce at any time of the year and reach sexual maturity in 2 to 5 months. Females can bear three to twelve litters a year, ranging in size from four to twenty-two. In the wild, adults often live for up to one year.

James Stinger
It's three years later and the ants have not come back! My two cats were never affected by the exterminating service. Keith really knows his stuff. I trusted my pets and my house to him and would do it again if we need to.