The Life of A Mosquito

Sometimes they’re just nuisances, but other times they’re dangerous disease vectors, such as those that transmit malaria and the Zika virus. Whatever the case, the lives of both male and female mosquitoes revolve around mating, so how do the buzzing insects go about their business of reproducing?

Over 3,000 different species of mosquito have been identified around the world. These bite-sized creatures have short lives — males can live for only about a week on average, and females can live for up to about 100 days — and use a variety of strategies to get down to business.

In tropical regions of the world, insects reproduce all year long, whereas in temperate regions, insects reproduce only during specific seasons. Because of their short lifespans, “mosquitoes have what we call overlapping generations,” according to Laura Harrington, an entomologist at Cornell University who specializes in mosquito research. “Mating can occur throughout the season, but with different age cohorts,” says the researcher.

The male mosquitoes of many species are ready to mate within their first few days of adulthood, and this is true for many species. Females, on the other hand, are usually ready to mate almost as soon as they emerge from their pupal casings, according to research (a pupa is an immature stage of life between larva and adult).

Life Cycles of Mosquitoes and Eggs

The life cycle of a mosquito is divided into four stages, beginning with the egg. To hatch, all mosquito eggs require some form of water. Some female mosquito species lay their eggs directly on the water, while others lay their eggs in small depressions where water can collect. Eggs laid outside of water can survive for many years before hatching in some cases. Most eggs hatch within 24-72 hours of being exposed to water.

Larvae emerge after the eggs hatch. Because they can be seen wriggling in the water, these larvae are sometimes referred to as “wrigglers.” The majority are surface feeders, surviving on algae, bacteria, protozoans, and other organic material ingested via their mouth brushes. Before reaching the pupal stage, larvae develop for seven to ten days. Pupae do not feed and instead spend the majority of their time on the water’s surface, taking in air. Before an adult mosquito emerges, the pupal stage lasts one to three days.

Mosquito breeding occurs approximately 28 hours after the adult emerges. Once a female has mated, she can often continue to lay eggs for the rest of her life. In her first brood, a female can lay between 50 and 500 eggs. Although subsequent broods have fewer eggs than the first, some females can produce up to ten broods.

Adult male mosquitoes do not feed on blood. They live for about a week or two, surviving on plant nectar. Female adult mosquitos have a lifespan of more than a month. They eat plant nectar as well, but they need a blood meal to reproduce. The majority of mosquitoes survive the winter as eggs or larvae before the mosquito reproduction life cycle resumes.

Consider contacting a pest management professional if you are concerned about a mosquito breeding site in or around your home. Call ATAP Mosquito Prevention and Elimination and ask about their Mosquito Control service for an effective mosquito solution – a unique bait and kill system that targets even difficult-to-control urban species.

Mosquitoes prefer warmer, humid environments. Indeed, as global warming raises temperatures across the country, the length of the mosquito breeding season has lengthened. And, as cooler areas begin to experience warmer climates, mosquito breeding grounds have expanded. Most mosquitos can survive in temperatures ranging from 50 to 95 degrees Fahrenheit. Mosquito eggs will hatch as the temperature in your area rises to these levels.

Mosquitoes come in over 3,500 different varieties. While their behavioral habits differ, they all have one thing in common: a thirst for water. The type of water depends on the species, but all mosquitoes lay their eggs in water. Standing water in flowerpot trays, plants, and open containers around the house can create inviting mosquito habitats. Drains, sewage areas, and uncovered trash cans are more dangerous to the public. One of the keys to mosquito control is to eliminate this type of standing water. How Long Does It Take Ants To Go Away After Extermination?

Ants Are still Living! Ants are still alive after ant removal from house. Why is this the case? And How Long Does It Take Ants 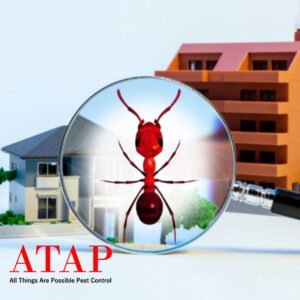 How Much Does It Cost To Get An Exterminator for Ants?

To eliminate ants from your home, you can either set out bait or contact an outdoor ant control professional. This article elaborates on these possibilities Is It Worth Getting An Exterminator for Ants?

When you find ants in your home, you may believe that DIY ant removal is the simplest alternative. However, ant problems can soon become unmanageable, Do Exterminators Get Rid of Ants?

If you have an ant infestation, you probably want to eliminate it as soon as possible. You may, however, have some queries before doing so.