Rats typically pounce on opportunities to eat. They will consume a variety of foods, including fallen fruit and animal carcasses. They have a wealth of resources available to them in human habitats. Certain rat species may have a preference for particular meals. Norway rats frequently favor diets heavy in protein, like leftover meat or pet food. Roof rats are frequently referred to as fruit rats since they typically prefer fruit. They might be drawn to locations with fruit trees. What do Norway rats eat? 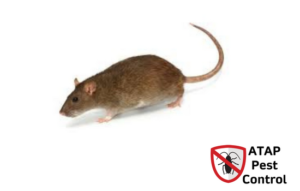 The availability of food will determine a rodent’s behavior when it lives close to people. They frequently move between the outdoors and the inside in quest of food. They can eat from a variety of sources, including pet food dishes, open food containers, trash cans, and even their own corpses. The number of rodent food sources should be reduced or eliminated, and homeowners should also hire a pest management expert. They spread infections by eating and contaminating food. They cause property damage by gnawing and burrowing. They only need a half-inch opening to get access to your home. They can eat almost anything but prefer meat and fresh grains.

Norway rats have been observed eating young chickens, chicken eggs, and, in some cases, young pigs and sheep. Furthermore, the number of known diseases carried by Norway rat populations, such as bubonic plague (transmitted from fleas to humans), endemic typhus fever, and ratbite fever, is cause for concern. They spread infections by eating and contaminating food. They cause property damage by gnawing and burrowing. They only need a half-inch opening to get access to your home. They can eat almost anything but prefer meat and fresh grains.

By tying the rat bait to the trigger, the rodent will be unable to lick or nibble the bait and steal it without setting off the trap. It’s advisable to use little amounts of rat baits that can’t be tied (like peanut butter). Remember that some rats are more difficult to trap because they are neophobic or “extra cautious” of new objects that arrive unexpectedly in their habitat. Because some rats are very cautious, let an unset rat trap out for a few days before filling it with rat trap bait. This will allow the rat to develop accustomed to it and be trapped by it. Atap Exterminators is the best for controlling roof rats.

How to Remove Norway Rats

Getting rid of Norway rats, whether inside or outside a home, means limiting their access to their three most basic needs: food, water, and shelter.

To get rid of rats quickly, cover and empty garbage cans frequently, clean up outdoor bird and pet feces, and repair plumbing leaks and exterior sources of standing water.

Remove any debris piles, store firewood away from structures, and trim any tree limbs that come into contact with your property. Remember to plug any holes larger than 1/4 inch in diameters, such as those near windows and doors, dryer vents, and chimneys. Of course, if you have a rat infestation, you can seek professional assistance for the quickest and easiest elimination.

When food sources become sparse outside during the fall and winter, these rats will use their remarkable climbing skills to penetrate buildings in quest of food. They like to nest in subterranean burrows.

Norwegian Water Rats, which had been living and thriving alongside humans for ages, arrived in the United States on British ships in the late 1700s. They thrive in cities, as well as by burrowing beneath buildings, embankments, and tree roots, or hiding out in basements, crawlspaces, attics, and sewers. Norway rats are often seen sheltering during the day in fields, farmlands, and inside structures such as woodpiles. Because of their nimble bodies, these rats may enter homes through quarter-sized openings.

Rats are voracious omnivores who like to eat meat, fruits, grains, and nuts, but when food is scarce, they will eat dead animals, small fish, and even fellow rodents. Rats form colonies around bodies of water and live in groups organized by a dominant and subordinate hierarchy.

Rats, in addition to being disease carriers, can eat through wiring, causing major fires. Rats are also renowned for being overabundant. A single rat sighting is frequently indicative of a whole colony. In the wild, these prolific breeders can have litters of four to 22 kids in a year, and a single female can have three to twelve litters per year.

How Do You Spot a Rat Infestation

Because Norway rats are rarely active during the day, a sighting during the day could indicate a major infestation. Outdoor burrows encircling a building, often excavating holes in lawns, can suggest Norway rat nests, while additional symptoms include grease stains and chew marks on food or power wires. Norway rats can also leave capsule-shaped droppings along their preferred routes. Contact a professional for rat eradication if you notice chewed wires or droppings. We provide free whole-house inspections so you don’t have to worry if your home is infested or wait until the infestation gets out of hand. Contact us for a home inspection at any time of day or night using the form below.

We thoroughly evaluate your home for potential pest entry sites and evidence of pest activity, which are typically difficult to spot. This thorough pest and termite examination is the only way to establish the true source of a pest problem and the best strategy to solve it. We’ll proceed from there. When we get your request, one of our skilled specialists will contact you to arrange a date and time that is convenient for you. Read Are Norway rats dangerous. We appreciate your interest in our home pest inspection. Contact Atap Exterminators for Norway rat removal. For more information; call us at 773-701-7705.