“Squirrels are nothing more than rats with hairy tails. Just murder ’em, I know how to fix the situation!” Perhaps, but killing squirrels is far more difficult and ineffective than exclusion or capturing. By the squirrel holes, you may set lethal traps, but these traps are tricky to set, not to mention risky. They also only catch one squirrel at a time, making them inefficient. So, Will Rat Poison Kill Squirrels and Chipmunks? For squirrels, there are no approved rodenticides. Squirrels never eat food in the attic, thus rat poison will not be consumed by them. And because rat exterminator Chicago poison isn’t meant for squirrels, they might not die if they eat it. Furthermore, if you do manage to poison one, the scent of a rotting squirrel is revolting. Of course, all of these attempts are inhumane if you care about them, which you might not if eliminating them is your first priority. I understand if you despise squirrels or believe that killing them is the best solution, however killing squirrels is far more difficult than installing a one-way exclusion door or a repeating trap. 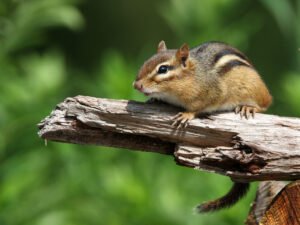 Is Squirrel Killing the Best Way to Solve the Problem?

Killing Squirrels in the Attic Information

How To Kill A Squirrel – There are a variety of methods for dispatching a rogue squirrel, or a swarm of them. When dealing with a squirrel infestation, killing should be a last resort because, depending on how you go about it, it might have its own set of implications. I do not support murdering squirrels for any reason; there is simply no rationale, and it is much more difficult than exclusion. But, if and when you’ve exhausted all of your alternatives in your particular situation, or if you just want to murder them for any reason, here are some options:

Squirrels become gun shy after a while, therefore shooting is better suited to a low population squirrel infestation. Make sure you have a strong aim and use an air rifle, a.22 rifle, or a.410 shotgun loaded with birdshot.

Trapping a squirrel using a baited, live cage trap and then euthanizing it with a Co2 chamber or injection is the most compassionate approach to kill it. At this close range, you can also fire a shot at its head. The animal dies quickly and without any pain. Of course, you could carry a captured squirrel several miles away and release it back into the wild.

Many people use rat traps to catch and kill squirrels, and while this method may work in some situations, it usually results in the squirrel being maimed. The body grip trap is the best type to use because it is more suited to the squirrel’s body size. The Conibear 55 is an example. You can set the trap above the entrance to your squirrel’s nest to catch it as it tries to flee.

In some locations, anticoagulant baits (chlorophacinone or diphacinone) are widely utilized, despite the fact that they are ineffective and prohibited. These are never appropriate for an infestation in the garden or in a field. They might be useful during times when squirrels’ preferred food is scarce, such as shortly after hibernation. They wouldn’t go near those baits at any other time. Squirrels should preferably dine on these baits for about 5 days, with no more than a 48-hour break between feedings. This is a difficult task, which is why poison baits rarely deliver the desired results.

Aside from being an unethical method of wildlife control, poisoning your squirrel problem endangers neighborhood pets and even children. Squirrels are also quite mobile, so they don’t always get to ingest the poisons (even if they see them). This is especially true of rat poison, which many people mistakenly believe in. If it kills the squirrel, if it is an interior nuisance, it will most likely crawl into a dark corner to die, causing an odor problem. Poisons that are commonly used include:

The most effective fumigant now available for controlling ground mammals, though not eastern gray squirrels, is acrolein (Magnacide). These squirrel-killing tactics can be quite effective in certain cases, but they can also be very ineffective in others, resulting in serious consequences. When the infestation is indoors, poison should be administered with extreme caution. Squirrel and other animal killing is both inhumane and pointless because there are other ways for homeowners to get rid of these pests. Killing should be considered a last resort and carried out in a compassionate manner.

Before implementing any of these control techniques, it is critical that you educate yourself with the animal control rules in your area. It’s obvious that getting arrested for it would give your squirrel the last laugh!

How to get rid of squirrels in the attic – no matter how much you despise squirrels, a proper squirrel exclusion is far easier and more effective. You also avoid having to deal with squirrel carcasses or the stench of rotting squirrels in your home.

If you’ve come across squirrels and think ATAP pest rats poison is the answer to your problem call us right away at (773)701-7705.